Zuzana Jurková´s book Romani Musicians in the 21st Century: Interviews with Olga Fečová, Josef Fečo, Pavel Dirda, and Jan Dužda can be read on several levels… A first level is dominated by an ethnomusicological perspective focused on Romani music. The author deals with its nature, its sustainability, and its function in the construction of Romani identity… A second level, embedded in the perspective of oral history, acquaints the reader, through interviews, with representatives of three generations of Romani elites, with the social networks in which their musicianship matured, and with their roots… On a third level, the book can be understood as an example of the rules of qualitative methodology in ethnomusicology/anthropology… Another level can be just leafing through the book and looking at photographs by the author and from the musicians´ family archives. 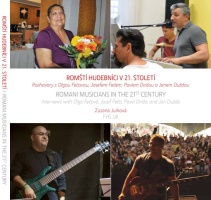 
Academics are frequently surprised by the fact that eco­nomic policy, which worked well in one country, produces substantially different outcomes in the other country. In this book we would like to show the importance of cultural values in explaining these differences. We discuss the models of men often used in social sciences from the point of view of cultural values they assume. We describe the cultural dimension’s model originally proposed by Geert Hosftede and mention how cultural models are employed in explaining economic and social differences in existing literature. We than con­tinue with the example of prisoner’s dilemma to show that Nash equilibrium in this game substantially depends on the values of the players and may differ in different cultural settings. To support the idea of the importance of cultural prerequisites even further we employ Hofstede’s cultural dimensions to explain the variations of tax revenues, gender based income inequality, migration and remittances across countries. We show that cultural values play an important role and therefore should be considered in economic theory and policy making. The Relativity of Proximity and Remoteness: Communication from the Perspective of Culture and Linguistics


Why, and when, did Europeans visit Africa prior to colonial times? What sources of information do we have about early African art brought back to Europe, and where in Europe have such collections been preserved? African archaeological explorations are surveyed, and early dating systems and the validity of oral folklore for dating are questioned. The significance is highlighted of the booty looted in 1897 from Benin and brought to Britain, and of the interest awakened by early 20th century European artists with their new approach to artefacts previously termed ‘barbaric’ or ‘savage’ by Europeans. Frobenius’s systematic explorations of Africa are described, and the growth of sub-Saharan art collections in Europe. Why African art is more diverse than its European counterpart is discussed and a few unifying characteristics of sub-Saharan art are identified. Towards an anthropology of the legal field. Critiques and case studies 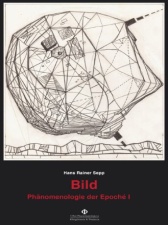 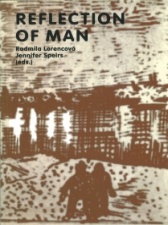 The Central European city as a space for dialogue? (Examples: Prague and Warsaw) 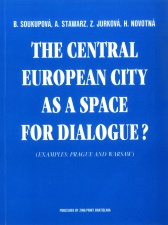 Publications can be bought at the Kosmas online bookstore, in the Karolinum bookshop and other bookstores.


More publications in the Czech language are available on the Czech website in the section "Publikace".